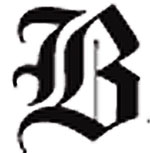 An EMT driving back to headquarters after a long day of routine calls instinctively pulled over when she saw a woman in distress on the highway, and made one last save for the day.

Alexandra Gallucci, a 25-year-old EMT for Fallon Ambulance Service, said she was driving on Interstate 93 at about 6:30 p.m. Monday when she saw a woman standing on the concrete barrier on the edge of the Massachusetts Avenue Connector bridge in Boston.

The woman, who appeared to be in her 20s, was visibly distressed and seemed like she was about to leap down to the highway below, Gallucci said. “When I pulled over, there was already another woman talking to her,” Gallucci said. “I slowly approached the woman [in distress] and introduced myself and asked if I could come over next to her . . . and she gave me a look like it was OK to do so.”

As Gallucci was climbing over the barrier, another Fallon ambulance driving down I-93 saw the activity and pulled over to help, Gallucci said. When the other paramedics arrived, they were able to pull the woman to safety and place her into an ambulance.

Gallucci said the entire situation, from when she pulled over to when the woman was placed in the ambulance, lasted about a minute.

Gallucci has been an EMT for a little more than a year, and said she has never encountered something like this before.

“As a first responder, you’re trained to see your situation and size it up and act appropriately,” Gallucci said. “The magnitude of the situation didn’t hit me until after the woman was in the ambulance.”

“Her training didn’t fail her,” Tyler said. “She acted as a trained EMT is expected to.”

Trisha Thadani can be reached at trisha.thadani@globe.com. Follow her on Twitter@TrishaThadani.