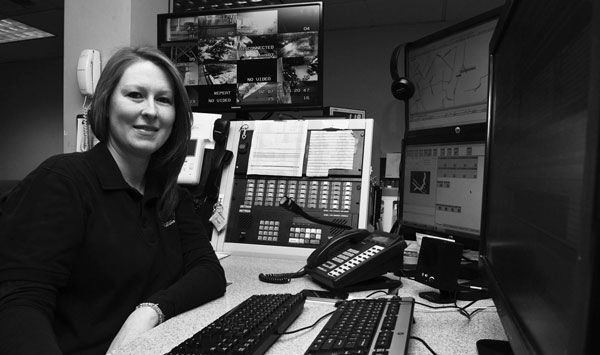 In this role, she will oversee all activity in the communications office to ensure that emergency calls received by dispatchers are carried out with maximum efficiency, courtesy and professionalism.

Agnew has 14 years of experience in the emergency medical services industry.  She has been with Fallon Ambulance Service since completing EMT training at Safety Program Consultants in Taunton, first as an EMT and then as a dispatcher.

Agnew resides in Whitman with her husband Matthew and their two children.  She is an active volunteer with the Avon Walk for Breast Cancer program.

“I enjoy giving back to the community by being a helpful and caring voice to people who are going through a difficult experience,” she said.

Peter Racicot, Senior Vice President of Fallon Ambulance, said, “We are pleased to announce Cheryl’s promotion.  Her calm focus, comforting demeanor and devotion to patient care are vital to her new role as Dispatch Supervisor.”

Fallon Ambulance Service was founded in 1923 by James R. Fallon, Sr. Mr. Fallon’s son, James R. (Ray) Fallon, Jr., served as President and owner from 1974 until 2000. Today, Timothy J. Fallon, grandson to the founder, serves as President and CEO.  Tim’s sister Kathleen Mackie, step brothers, Peter Racicot, Senior Vice President and Normand Racicot, Vice President, also represent the third generation of this family business. And a fourth generation represented by 7 great grandchildren of the founder is working in various capacities in the organization. Fallon Ambulance is the largest privately owned and operated ambulance service in the Northeast. Fallon Ambulance employs more than 600 personnel, operates more than 150 vehicles and responds to over 160,000 emergency and non-emergency calls per year.  Fallon Ambulance is the 9-1-1 provider for the municipalities of Milton, Quincy, Brookline, Weymouth, Braintree and Dedham and provides primary backup to Boston and Randolph. Fallon Ambulance Service additionally provides medical transportation for a number of area medical facilities including nursing homes, hospitals, and HMO’s throughout Greater Boston, the South Shore and Metro West region. It is headquartered at 111-115 Brook Road, Quincy, MA and operates satellite offices throughout its coverage area. Fallon Ambulance Service has been recognized many times by various business and community organizations for its exceptional service.  For additional information about Fallon Ambulance Services or programs that the company offers, contact Peter Racicot, Senior Vice President, at (617) 745-2117 or visit www.fallonambulance.com.